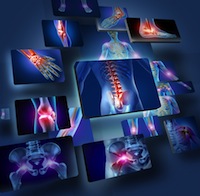 2013 saw the emergence of a new side effect associated with the use of antibiotics containing fluroquinolone. And, while fluroquinolone may not exactly roll off the tongue, names like Cipro, Levaquin, and Avelox are very well known. Millions of prescriptions for the drugs and their generic counterparts are written every year.

The complaints revolve around the drugs’ tendency to cause peripheral neuropathy or, putting it a bit more simply, nerve damage.

This damage commonly manifests as shooting pain in the extremities. Victims of fluroquinolone toxicity can also experience burning, tingling, numbness, weakness, and a heightened sensitivity to touch or temperature.

The damage caused by this antibiotic nerve damage can range from temporary through long term and can even become permanent.

As a result of this neuropathy, the FDA issued a warning in 2013, alerting doctors and patients to the increased risk of permanent nerve damage associated with the use of fluoroquinolone-based antibiotics. The condition was branded as “fluoroquinolone toxicity.” Cipro, Levaquin, Avelox, and other fluroquinolone antibiotics were given black box warnings – serious warnings that are only issued for drugs that produce the most severe side effects.

Two years later and the FDA has given an official and universally recognized name to fluoroquinolone toxicity: Fluoroquinolone Associated Disability, or FQAD.

In October of 2015, the FDA announced a meeting to be held in November to discuss FQAD and the possibility of using Cipro, Levaquin, Avelox, and drugs like them to treat a wider-ranging list of ailments including bronchitis, sinusitis, and urinary tract infections.

The meeting would take public and professional comments into consideration and would also explore whether further changes were necessary to the drugs’ labeling – an interesting consideration given the present black box warnings already in place.

Still, the fact that the FDA has chosen to give an official name to fluoroquinolone toxicity means that more activity on the issue of antibiotic nerve damage is likely. And, given the profitability of these drugs, regardless of their status as potentially dangerous and even deadly, manufacturers are undoubtedly beginning to mount their defenses in anticipation.