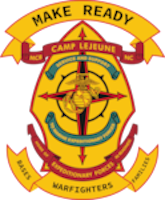 The Office of the Navy’s Judge Advocate General’s Tort Claims Unit recently said that “approximately 5,000” claims have now been filed as a result of water contamination found at Marine installation Camp Lejeune in North Carolina. The claims seek compensation for Marines, their families, and contractors stationed at Camp Lejeune between 1953 and 1987.

Lawyers for the plaintiffs say those dates account for upward of one million people that may have been exposed to the contaminants and foresee the possibility of half a million lawsuits as a result. Initially barred from suing over the matter, the newly signed PACT Act dropped the walls between Marines and the government they signed on to serve. Marines, their families, and government contractors working at the base now have two years to file claims seeking compensation for injuries due to exposure to a number of known carcinogenic toxins.

Those toxins can cause a host of cancers including bladder, breast, kidney, liver, and lung, as well as non-Hodgkin’s lymphoma and leukemia. In addition, victims of Camp Lejeune’s water contamination are at a higher risk of neurological illnesses like Parkinson’s disease and ALS, or Lou Gehrig’s disease. Women are susceptible to an increased risk of infertility, miscarriage, and birth defects for those who become pregnant.

At least two of the eight water treatment facilities on the base were found to be contaminated with a number of volatile organic compounds, or VOCs. Contaminants found at the base included tetrachloroethylene, trichloroethylene, benzene, and vinyl chloride.

If the Camp Lejeune litigation approaches plaintiff estimates, it could become the largest civil action ever taken in American courts. Unfortunately for those who chose to serve their nation, that title is also currently held by members of the United States military over claims that earplugs manufactured by 3M were knowingly defective and still sold to the government leading to widespread hearing harm and loss.