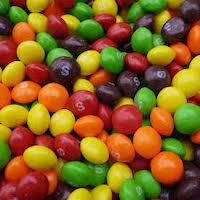 If you’ve ever eaten something that looked a little shinier than it normally should have as it came out of its packaging, then odds are you’ve consumed titanium dioxide. Added to food since its approval by the FDA in 1966, the compound is used to brighten more than just food. “It’s sort of ironic…that the ingredient in paint that makes your kitchen shiny also makes your Hostess cupcakes shiny,” says the Environmental Working Group’s senior vice president of government affairs Scott Faber.

Don’t bother looking at the list of ingredients on that cupcake though because titanium dioxide might not be there. Seventeen years after its approval, in 1977, the compound was given “generally recognized as safe” status which meant that it was exempted from certification. Foods set for human consumption no longer had to list the presence of the ingredient on their packaging.

Nearly 60 years after its initial appearance, titanium dioxide is still found in the foods we eat, as well as the paints we use on our homes. Chips Ahoy! cookies are known to contain it, as are the plant-based chicken tenders from Beyond Meat. As of May 2021, over 11,000 products in the database maintained by Label Insights had titanium dioxide as an ingredient.

Among those products is the candy Skittles, whose maker was sued earlier this summer over its use of titanium dioxide. The plaintiff in the case alleges that Skittles are “unfit for human consumption” because they contain a “known toxin.”

Other countries do indeed recognize titanium dioxide as something that is hazardous to human health. The European Union officially banned its use earlier this year. France has banned titanium dioxide since 2020. And, experts in the U.S. are wondering if it’s time for us to catch up. “What titanium dioxide is really emblematic of…is the failure of FDA to look back at these old decisions and ask whether its decisions that were made in this case…56 years ago still hold up.”