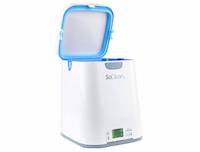 Shortly after the Class I recall of a number of Philips CPAP and other breathing assistance devices, a company that sells and markets a sanitization system for the devices has also been sued. Plaintiffs allege that the SoClean CPAP sanitization system uses an unsafe amount of ozone in its sanitization process. This process is alleged to contribute to and accelerate the degradation of the sound insulating foam at the center of the Philips CPAP recall.

SoClean alleges that Philips itself is at the center of those accusations and has sued the device manufacturer for scapegoating them for a design flaw they maintain is completely a Philips issue. In a press release issued by the company, SoClean asserted that “this is a case about a multinational corporation deflecting attention away from inexcusable design flaws, misleading the public, creating confusion, and causing hundreds of millions of dollars of damage in the process.” The lawsuits filed against SoClean have been sent to a Pennsylvania judge as part of the Philips CPAP multidistrict litigation.

The issue began getting attention last fall when multiple lines of Philips ventilators were pulled out of service as the COVID-19 delta variant was sweeping through the United States. Concerns emerged that the sound insulating foam used in the machines could enter the breathing circuit and cause irritation and damage to patient lungs. This concern then spread to the company’s CPAP and BiPAP devices as they were known to use the same type of foam. Shortly after, the FDA expanded its warnings and issued a Class I recall over the fault after saying that the foam could be carcinogenic and increase a patient’s risk for a variety of types of cancer.

In the wake of all the activity, the increased scrutiny of Philips has led regulators to ask how much the company knew about the issue and how long it knew before anyone decided to do anything about it. Internal records show that possible issues with the foam came to Philips’ attention no less than 14 times between April 2016 and January 2021.