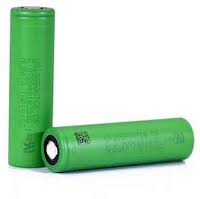 A Pennsylvania man represented by Lopez McHugh Attorney Michael Katz will have his case heard in federal court as he fights for compensation after a vape battery exploded in his pocket and left him with severe burns and ongoing pain.

The battery was manufactured by Sony and is what is known as an 18650. Prior to the meteoric growth of the vape industry, lithium-ion 18650 batteries were only available as part of larger industrial battery packs. Their small size and high output, however, made them perfect power sources for devices that needed to reach high temperatures very quickly, and the batteries began hitting the market as individually wrapped cells.

Plaintiff Justin Derr-Carney was in the back of an ambulance when he put his keys in the same pocket as the spare 18650 battery he was carrying for his vape device. That was when the battery shorted, entered a thermal runaway state, and subsequently exploded. Derr-Carney’s hands and leg were burned, and he had to have skin graft surgery to repair the damage. The wounds remain painful to this day, and he says he suffers from “emotional scars” from the incident as well.

The FDA has released guidance on how to handle 18650 batteries to prevent situations like Derr-Carney’s from happening again. Among the tips offered by the agency is to put loose 18650 batteries in cases, commonly available at any vape shop, to keep them separated and prevent contact with other metal objects like keys. Additionally, the agency recommends using vape devices with safety features like firing button locks to prevent the inadvertent powering of the devices when they’re not actually in use, as well as not charging 18650 batteries overnight.

“Until all vapes and vape batteries conform to strong and consistent safety standards,” the agency writes, “your best protection about vape battery explosions may be knowing as much as possible about your device and how to properly handle and charge its batteries.”