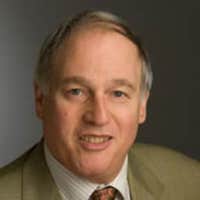 [W]e’re living in America,” wrote David Sackler in a May 2007 family email. “This is the land of the free and the home of the blameless. We will be sued. Read the op-ed stuff in these local papers and ask yourself how long it will take these lawyers to figure out that we might settle with them if they can freeze our assets and threaten us.”

This line is just one of many that have come to light as lawsuits have pulled back the curtain on conversations had within Purdue Pharma’s Sackler family over their future in the opioid industry. Raking in billions of dollars year over year, the family was concerned not with the level of addiction and abuse of their drugs happening in America’s communities, but with their own liability and exposure for their role in making it happen.

David Sackler would continue his thoughts in subsequent messages. “I think we need to discuss if fundamentally we want to be in the pharmaceutical business going forward. I would vote no,” he wrote. “I think we’ve all had enough of a rough ride over the past 10 years to make me wary of committing for another venture in the space.”

The conversation continued eight months later as Sackler cousin Mortimer reached out to Richard Sackler; a family member so aggressive and obsessive in his pursuit of OxyContin profits that company executives had been asked to keep him away from its sales teams. “Fundamentally, we don’t want to stay in this business anymore (given the horrible risks, outlooks, difficulties, etc) and I think the majority of your family feels the same way,” wrote Mortimer. “Even though our prospects have improved dramatically I feel it offers us a unique opportunity to sell at a very high price and once for all eliminate the great risks we have and continue to take and secure our families’ current and future financial security.”

The Sacklers would eventually decide against selling the company and made $10 billion in profits through 2017 while one of the worst addiction crises in American history raged around them. A settlement with the Justice Department removed the Sacklers from Perdue Pharma but barely struck even a glancing blow against the opioid profits enjoyed by the family. After the settlement was announced, documents show that the Sackler family met with a bankruptcy attorney who counseled them on a number of “defensive measures” to take to protect their billions including utilizing “overseas assets with limited transparency and jurisdictional shielding from U.S. judgments.”