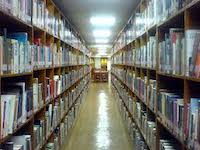 What was at first a small class-action lawsuit filed against two universities for changes they’ve made in the wake of the global novel coronavirus pandemic has swelled to a movement involving over 25 schools who are now fighting to keep tuition dollars that students say the schools haven’t earned.

The University of California, Berkeley joins Vanderbilt University, Purdue University, Brown, Columbia, Cornell, Michigan State, the University of Colorado, Boulder and others as institutions whose modified courses and closed campuses have students asserting that they shouldn’t have to pay normal tuition rates.

“You just feel a little bit diminished,” said one student involved. “It’s just not the same experience I would be getting if I was at the campus.” Another student, this one at Drexel University in Philadelphia, detailed a number of pre-recorded online videos that came with no interaction, class discussion, or live lectures with the professor. A case filed against Vanderbilt University shows that students have become concerned over the value of their degrees once they leave school. Class discussions are rare and the “quality and academic rigor of courses has significantly decreased.”

Students involved in the lawsuits also claim that their lack of access to university campus resources as well as the opportunities that come with direct face-to-face interactions with their fellow classmates and professors mean that some work will go entirely unfinished. One such student at Purdue University has said that he will be unable to complete his senior project – the completion of an aircraft. “No online course can simulate the applicable, real-world experience” he needed to see his work through to the end.

Schools claim that the quality of education they are able to offer has not been diminished, although they do not speak to the experiences that students would have had on-site in a full academic environment rather than being relegated to their living rooms. They also do not address the additional fees paid by students for access to things like student union buildings, gyms, libraries, laboratories, and other buildings. Instead, the schools have focused on their own losses during the pandemic and blamed the lawsuits on predatory law firms while expressing disappointment in the students for filing the lawsuits in the first place.