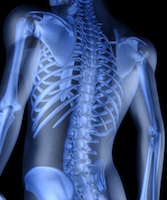 Not too long ago we brought you the story of OtisMed and their now-imprisoned ex-CEO Charlie Chi. OtisMed lied about the approval and FDA classification of their OtisKnee knee implant system; claiming it to be a device requiring no FDA approval when, in fact, it required some of the highest degrees of FDA approval.

Selling unapproved and misrepresented medical hardware is an egregious offense and may be one of the worst we’ve written about on the Lopez McHugh blog. That is, until now.

A civil complaint has been filed against “Spinal Solutions;” a “company” that was selling fake spinal hardware.

15 surgeons operating across 17 hospitals in states including Nevada, California, Texas, Wisconsin, and Maryland are now under the microscope as the suit alleges that they systematically “turned a blind eye” to the conspiracy.

Spinal Solutions would allegedly “commingle fake implantable (spinal) hardware with genuine parts,” and these mixes would then be implanted into patients. Nothing happened blindly – the surgeons that were a part of the scheme were supposedly paid kickbacks by the company in the form of “cash, free air travel, meals, vacations, and other forms of entertainment, in exchange for referring patients to hospitals where the fake parts were implanted.”

Thousands of patients could be affected as records are examined and the details are sorted. According to the lawsuit, a tool shop in California began producing the hardware in 2007 as the start of a five year business arrangement with Spinal Solutions. Private jets were used to transport the parts from the California facility to hospitals across the United States in order to ensure that they would actually be used. And, from there, systemic failures in the monitoring of both hospitals and doctors would allow the number Spinal Solutions victims to rise.

The president of the Association for Medical Ethics, Dr. Scott Lederhaus, says he is not surprised. “This has got to end,” the spinal surgeon told Al Jazeera America. “The spine industry is corrupt and it needs a washing from top to bottom.”

Details of this case are still emerging but one thing is certain and that is the level of uncertainty now being felt by spinal patients all across the country as they wonder if the parts implanted in their spines are genuine. An investigation is still determining whether Spinal Solutions altered or destroyed any of the documents associated with their product. If that’s the case, patient uncertainty could linger forever.