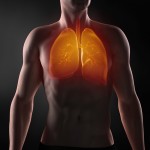 An article in the Wall Street Journal tells the story of a Texas man who died from the form of cancer called mesothelioma, and the attempts on his and his family’s part to get compensation from the company responsible.

Mesothelioma is a cancer of the mesothelium, which is the protective lining that covers many of the body’s internal organs. In the vast majority of cases, it’s caused by exposure to asbestos — a fibrous silicate mineral that was once widely used as insulation because of its heat resistant properties.

The article says the hazards for industrial workers such as shipbuilders and steelworkers, who once worked with large quantities of asbestos, are well established. And lawsuits filed by people who contracted mesothelioma after being exposed to asbestos have generated large settlements in the past.

The story specifically mentions a $75 million award for three dozen plaintiffs who claimed they were sickened after working in asbestos-lined boiler rooms on ships at the Brooklyn Navy Yard.

But the mesothelioma patient profiled in the Wall Street Journal represents a “new breed of plaintiff,” according to the article. Rather than pursuing obvious defendants such as shipyards, the lawyers have to do some detective work to determine the likely source of asbestos contamination .

A study of asbestos filings in a Philadelphia court found that nearly half of mesothelioma claims between 2006 and 2010 were filed by plaintiffs citing exposures from do-it-yourself construction projects or shade-tree mechanic work in addition to industrial exposures. By contrast, those types of plaintiffs made up just 3 percent of mesothelioma claims between 1991 and 2000, the Wall Street Journal says.