Posted May 21, 2013 in Drug and Medical Device Lawsuits | Product News and Recalls 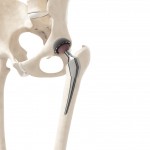 A story in Forbes describes Johnson & Johnson’s new global branding campaign, which will cost the medical products giant an estimated $20 million to $30 million for the remainder of the year.

The campaign, the company’s first in more than a decade, features the tagline: “For all you love, Johnson & Johnson.”

According to Forbes, the company is trying to compensate for damage to its public reputation following several years marked by high-profile product recalls and lawsuits.

According to Forbes, the company introduced the campaign during a shareholder meeting in New Brunswick, N.J. It will feature TV ads to begin airing early in May, 2013, followed by print ads in the New York Times and People magazine.

Forbes says the Johnson & Johnson campaign is consistent with a trend among global corporations, which see value in corporate branding in what the story describes as “an increasingly transparent and accessible world driven by social media.”