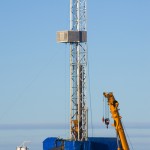 The Spanish parliament is set to enact a regional ban on the method of natural gas extraction known as “hydraulic fracturing” or “fracking,” over environmental concerns.

According to Bloomberg, the ban will be enacted in the gas-rich northern Cantabria region, which has the potential to yield an estimated $100 million in exploration projects. Ultimately, though, the Spanish lawmakers determined that the environmental risks weren’t worth it.

The Bloomberg story cites a 2011 European Parliament study, which concluded that underground water sources can be contaminated due to uncontrollable gas flows and fracking fluid spillovers.

Fracking is also used in the United States, including along the Marcellus Shale — a gas-rich underground rock formation that also extends into New York, Pennsylvania, Maryland, Ohio and West Virginia.

The Bloomberg report says a similar ban was instituted across the border in France because of environmental concerns.