Report examines Zoloft use during pregnancy 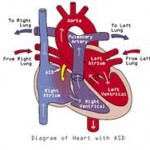 According to an ABC News report, relatively stable women suffering from depression may want to consider going off their antidepressants for the first trimester of a pregnancy, although they should keep in mind that it will take four-to-six weeks for the drug effect to wear off and that the medications should be resumed at the first sign of a relapse.

The report also makes it clear that going off antidepressants comes with its own set of risks. Patients should not change their medications without checking with their doctors.

According to the report, the American Psychiatric Association in collaboration with American College of Obstetricians and Gynecologists has recommended that women with major depression who are pregnant or planning to get pregnant can start or continue with antidepressant drugs, while women who choose to stop taking the drugs should consider psychotherapy.

The report concerns a study from Denmark suggesting that women who take certain types of antidepressants known as selective serotonin reuptake inhibitors during the first three months of pregnancy have a higher risk of giving birth to children with a birth defect. Those antidepressants include sertraline, which goes by the trade names Zoloft and Lustral.

According to the study, published in the British Medical Journal, women who took more than one SSRI early in their pregnancy had a fourfold higher risk of having babies with septal heart defects – or malformations in the wall separating the right side of the heart from the left.