Evidence of severe Xarelto side effects, including fatal bleeding episodes, continues to mount. As one of several anticoagulants, or blood thinning medications, approved by the FDA in recent years, Xarelto does not have a known antidote. That means once excessive bleeding caused by Xarelto begins, there is not a known way to stop it.

Xarelto (rivaroxaban) is a prescription anticoagulant, or blood thinning medication, used to reduce the risk of stroke or blood clots for people with atrial fibrillation. Xarelto is also prescribed to prevent or treat a type of blood clot called deep vein thrombosis (DVT), which can lead to pulmonary embolism (PE, or a blood clot in the lungs). People who undergo hip or knee replacement surgery may be prescribed Xarelto to reduce the risk of blood clots.

What are the Side Effects That Xarelto is Causing? 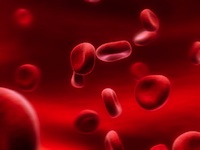 This excessive bleeding brought about by Xarelto may be severe, and in some instances, fatal. Serious bleeding side effects associated with Xarelto include:

Are These Xarelto Side Effects Causing Injuries?

The entire approval process used to bring Xarelto to the market has been called into question.

Significant violations have been reported at a number of the clinical trial sites for Xarelto, including signs of deceitful and objectionable behavior and poor conditions. The problems with one study were so severe that the FDA declined to consider it as a factor when determining whether to approve Xarelto.

Even given the problems with the studies into the drug as well as the potential for harmful impacts from Xarelto side effects, the FDA initially approved Xarelto in July 2011 to prevent blood clots in people undergoing knee or hip replacement surgery. In November 2011 it was further approved to reduce the risk of stroke in people with atrial fibrillation. FDA approval of Xarelto was expanded again in November 2012 to include treatment of DVT or PE and to reduce the risk of recurrent DVT or PE after initial treatment.

As time has progressed, The Institute for Safe Medication Practices has noted a steady increase in the number of serious adverse events reported for Xarelto as the number of prescriptions has increased. Most recently, the FDA’s safety surveillance agency announced a plan in 2014 to study Xarelto for safety issues including ischemic stroke, intracranial hemorrhage and gastrointestinal bleeding.