The disease is also known as nephrogenic fibrosing dermopathy (NFD).

Omniscan® is a contrast agent commonly used by physicians in MRI and MRA; it is a colorless, non-radioactive, water-like fluid. During an MRI or MRA, gadolinium based contrast agents such as Omniscan are injected into veins of the patient so that the physician can view a clear and detailed picture of a patient’s internal organs, bones, vessels, and/or tissue. Contrast markers bond with damaged or diseased tissues, giving doctors a clearer picture of potential problems. 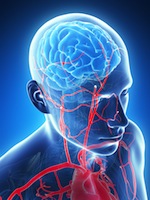 GE Healthcare first launched Omniscan® in the United States in 1993. It is one of a group of five gadolinium-based injections which have been approved by the U.S. Food and Drug Administration (FDA), which also includes Magnevist®, MultiHance®, OptiMARK® and ProHance®.

The companies who manufactured the gadolinium-contrast dyes knew their dyes placed individuals with kidney problems at great risk, but made no effort to adequately test the products or warn of these dangers and refer patients to contrast agents that do not contain gadolinium.

What is NSF (Nephrogenic Systemic Dermopathy)?

NSF is an emerging systemic disorder that is characterized by widespread tissue fibrosis. It first became known to the medical community in 1997 and to date, has only been observed in patients with kidney disease. Patients with NSF experience an increase of collagen in the tissues, causing thickening and hardening of the skin of the extremities and often resulting in immobility and tightening or deforming of the joints. NSF can develop rapidly and may result in patients becoming wheelchair bound in just a few weeks. In some cases, there is involvement of other tissues, including the lungs, heart diaphragm, esophagus and skeletal muscles. In some instances NSF can lead to death. Other signs and symptoms of NSF include:

Studies investigating the relationship between NSF and gadolinium are currently underway at Yale, the Centers for Disease Control (CDC), the FDA and the medical regulatory agencies of the European Union. After accumulating numerous reports of NSF in patients, the FDA issued public health advisories in June and December 2006 which advised cautionary use of all gadolinium-based contrast agents in patients with moderate to advanced renal disease. Most recently, on May 23, 2007, the FDA asked manufacturers to include a new boxed warning on the product labeling of all gadolinium-based contrast agents. The requested warning would state that patients with severe kidney insufficiency who receive gadolinium-based agents are at risk for developing a debilitating, and a potentially fatal disease known as nephrogenic systemic fibrosis (NSF). In addition, it would state that patients just before or just after liver transplantation, or those with chronic liver disease, are also at risk for developing NSF if they are experiencing kidney insufficiency of any severity.

There is no effective treatment available for NSF.

What If I Have Been Harmed by Omniscan?

If you or a loved one has undergone a MRI or MRA and subsequently suffered any of the above injuries or conditions, you may qualify to seek compensation for your losses. Please contact us today for a FREE case evaluation with an experienced product liability attorney who can inform you of your legal rights and ensure you get the compensation you deserve for your injuries and suffering.