Diabetes cases are skyrocketing, with the U.S. Centers for Disease Control and Prevention estimating that the number of Americans who have the condition may climb from its current rate of 1-in-10 to 1-in-5, or even 1-in-3 by mid-century. But beyond the inherent health risks of diabetes, some medications meant to treat the disorder may themselves endanger patients.

A study has found a strong correlation between the diabetes drugs Januvia and Byetta and pancreatic cancer, as well as pancreatitis – an inflammation of the pancreas that can lead to pancreatic cancer. Byetta has also been linked to thyroid cancer.

Yet according to Consumer Reports, neither Byetta nor Januvia have any advantage over other types of diabetes medication that have been on the market longer. And public health advocates such as Public Citizen are calling on the U.S. Food and Drug Administration to ban both medications in light of those findings. 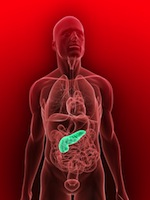 According to Bloomberg, the researchers reported “marked” cell proliferation and damage in people taking incretin mimetics, the class of drugs that includes Byetta and Januvia. An examination of 20 diabetics’ pancreases uncovered a 40 percent increase in pancreatic cells as well as cell damage — which has the potential to develop into cancer — in the people treated with incretin therapy.

This isn’t the first research to spotlight the problem.

An earlier study from 2009 had already identified potential health risks from Januvia and Byetta. That study reported higher pancreatitis rates among rats with elevated levels of the hormone known as glucagon-like peptide 1, which Januvia and Byetta are supposed to boost.

According to the research, the drugs’ relative newness means that medical professionals have little information about their long-term effects. Despite that, their manufacturers are marketing them as superior to older medicines on the market.

What Can I Do?

You should consult with a doctor if you have any ongoing symptoms or health concerns, and before making any changes in medication. If you or a loved one were diagnosed with pancreatic cancer while taking Januvia or Byetta, you may be entitled to compensation in a Byetta pancreatic cancer lawsuit. Contact Lopez McHugh for a free consultation.