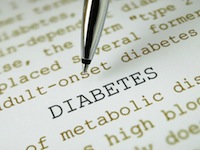 In February of 2010, the Senate Finance Committee released a report in which it was stated that the diabetes drug Avandia (rosiglitazone maleate) has been linked with tens of thousands of heart attacks. More importantly, the Senate Finance Committee reported that the maker of Avandia, GlaxoSmithKline, knew of the risks for years but intentionally kept them from the public. According to the committee chairman, U.S. Senator Democrat Max Baucus, “Americans have a right to know there are serious health risks associated with Avandia and GlaxoSmithKline had a responsibility to tell them. … Patients trust drug companies with their health and their lives and GlaxoSmithKline abused that trust.”

Avandia has been linked with:

The Senate report stated that the issue of heart damage was first raised in 1999 but, instead of seriously looking into the problem, GlaxoSmithKline “attempted to intimidate independent physicians, focused on strategies to minimize or misrepresent findings that Avandia may increase cardiovascular risk, and sought ways to downplay findings that a competing drug might reduce cardiovascular risk.”

This is not the first time Avandia had been under public scrutiny. A 2007 article in the New England Journal of Medicine noted a significantly increased risk of myocardial infarction and heart failure and questioned whether the drug should remain on the market.

More recently, GSK has been acquiescing in Avandia heart attack lawsuits. The drug maker agreed to pay $60 million in settlement for 700 lawsuits and another $460 million to settle 10,000 suits. The total claims against the company are close to 13,000.

On the heels of the settlements, the FDA voted 21 to 12 in favor of allowing Avandia to stay on the market, despite numerous studies showing the risks associated with the drug. Ultimately, however, it will be up to Dr. Margaret A. Hamburg, Commissioner of the Food and Drug Administration, to decide if the drug should be pulled.

Dr. Nissen, a cardiologist who has been crusading against Avandia for years, expressed disappointment in the vote’s outcome, but said that it should give the “leadership of the FDA enough ammunition to withdraw if they want to withdraw.”

If you have suffered a heart attack or another related injury please contact our firm about a possible Avandia heart attack lawsuit and allow the attorneys of Lopez McHugh to investigate your claim.