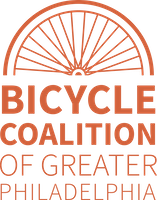 Bicyclist deaths in Philadelphia reached their highest numbers since 1997 in 2021 as eight riders died on city streets with seven of them having been killed by motor vehicles. The number represents a 40% increase over the previous year with a 250% increase from 2019.

The numbers are on track with a nationwide indication that it is getting increasingly dangerous for both cyclists and pedestrians as motorists continue to become more aggressive and drive more dangerously after pandemic-related shutdowns all but cleared many of the nation’s roadways two years ago. The National Highway Traffic Safety Administration says that traffic fatalities rose 10% from 2020 to 2021 while pedestrian deaths increased 13% and bicyclist deaths rose 5%.

The Bicycle Coalition of Greater Philadelphia called on city officials to increase the pace of Vision Zero adoption and said that bicyclists and pedestrians are bearing far too much of the brunt of traffic-related deaths. In a post to its website, the group called on the General Assembly to “accelerate passage of HB140 to enable Philadelphia and every municipality in Pennsylvania to build parking separated bike lanes and City Council must greenlight the construction of new protected bike lanes.”

Philadelphia has one of the highest bicycle commuting rates in the country. According to Sarah Clark Stuart, executive director of the Bicycle Coalition, “South Philly has a bike commuting rate that’s among the top 10 neighborhoods in the whole country – and in one census tract along Washington Avenue, one out of five commuters rides a bike.” Republicans and Democrats appear willing to come together in support of a Republican-led bill to fund and pass HB140 as it begins another attempt at passage. The previous version of the bill stalled in the state Senate after passing a House vote by 200-1.