Home > Drug and Medical Device Lawsuits > When Does Prescribing Turn into Dealing?

When Does Prescribing Turn into Dealing? 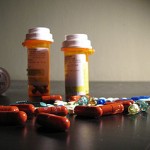 A case in front of the United States Supreme Court is currently exploring a difficult question. The issue at hand stems from the prior convictions of two medical doctors for narcotics violations when they were found to have been using their medical licenses to deal in opioids and other strong painkillers.

Xiulu Ruan and Shakeel Kahn had been found by lower juries to have been working through “pill mill” clinics to write prescriptions for incredibly high numbers of opioid medications. The doctors’ practices had been set up in Alabama, Arizona, and Wyoming and their convictions netted a combined total of 46 years in prison between the two of them.

Evidence against the doctors was damning. Ruan’s prosecution revealed that he had written nearly 300,000 prescriptions for opioid medications between 2011 and 2015 while simultaneously taking a kickback from Insys Therapeutics. Kahn, however, preferred a more direct approach. Prosecutors in his case alleged that the doctor would routinely sell prescriptions to patients in exchange for cash. His prescriptions were also for unreasonably large numbers of pills and his illicit operation is known to have been directly responsible for at least one overdose death.

Both doctors based their defense on the notion that their prescriptions had been written in good faith for medically valid reasons. In addition, testimony revealed that the doctors wrote large numbers of prescriptions because they felt that the limits imposed by generally accepted medical practices were too low. Chief Justice John Roberts dismissed this notion and quipped that if a driver who believes that the speed limit is too low gets pulled over for exceeding that limit, the driver is going to get a ticket regardless of their belief of what the law should be.

The result of the case may be a significant next step in turning the corner on the opioid addiction epidemic that has ravaged the United States for decades, as well as an end to the notion that a prescription pad can protect a doctor from becoming a convicted drug dealer.