Home > Product News and Recalls > Next Up on the Benzene Recall List: Anti-fungal Sprays

Next Up on the Benzene Recall List: Anti-fungal Sprays 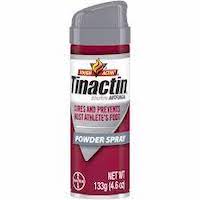 As brands like Neutrogena, Coppertone, and Aveeno work to clean up the fallout after a string of recalls over benzene contamination of sunscreen, a new product group has entered the fray. Various lots of popular anti-fungal sprays are now being recalled over the same concern. Brands of the sprays including Lotrimin, Tinactin, and Odor Eaters have been pulled from shelves after testing found the presence of benzene in the products.

In a company announcement posted to the FDA’s website, Lotrimin and Tinactin maker Bayer stressed that the recall is voluntarily and “precautionary” in nature and that “the levels detected are not expected to cause adverse health consequences in consumers.” In addition, the company asserted that “benzene is not an ingredient in any of Bayer Consumer Health products.”

Interestingly, that very assertion is being used against Bayer in a class-action lawsuit already filed in response to the recall. The complaint in Heurtas et al. v. Bayer U.S. LLC alleges that the levels of contamination in Bayer’s Lotrimin and Tinactin lots are “dangerously high” and that the recall initiated by the corporation fails to go far enough on behalf of consumers; both in levels of compensation as well as working to ensure that such contamination never happens again. Bayer’s assertion that benzene is not an ingredient in any of its products is used to conclude that the presence of benzene found in the products must then be the result of contaminationand such contamination could not have occurred had Bayer been following federal good manufacturing processes (GMP) and testing its products. The lawsuit alleges that had such processes been followed, the contamination would have been discovered “almost immediately.” Instead, the recall as filed goes as far back as products produced in September 2018.