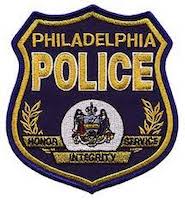 A West Philadelphia resident who found herself in the middle of the chaos that ensued after the killing of Walter Wallace, Jr. is one small step closer to closure after reaching a $2 million settlement with the city over police officers’ actions while encountering her, her vehicle, and its occupants.

Rickia Young and her 2-year-old son had recently picked up her 16-year-old nephew and were trying to make their way back through city when protests and other unrest broke out. The police response was violent and, according to Young’s allegations, the windows of her vehicle were shattered by officers in her vicinity. Police then “violently yanked Ms. Young from the vehicle and physically beat her and [caused] her significant injuries,” according to her lawyer.

Young is now seeking criminal charges against the police officers involved in her beating, as well as preparing to sue the National Fraternal Order of Police. Young’s attorney laid out the charges as “aggravated assault, recklessly endangering another person, simple assault…this was nothing more than an attack that would be perpetrated by any random street thug and they should be treated just the same.”

Neither Philadelphia mayor Jim Kenney nor police commissioner Danielle Outlaw have come to the aid of the officers involved, with Outlaw saying that her officers “created an environment that terrorized Rickia Young, her family, and other members of the public.” Two Philadelphia police officers have since been fired and, according to reporting from the city’s local CBS affiliate, 14 additional police officers are in line for disciplinary hearings as a result of their actions.