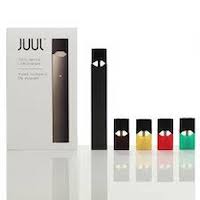 Some 39 states, including eight who have already sued Juul, have joined together to investigate the predominant vape-maker’s business practices and try to force a settlement in the matter of teen vaping.

Prior to the onset of the COVID-19 pandemic, Juul and other vape manufacturers faced a veritable onslaught of litigation and pressure from local, state, and federal governments as well as a multitude of parent groups over claims that it had intentionally marketed its product to the very young and created a product that was intentionally addictive.

At its height, Juul controlled about three-quarters of US vape market share. As time moved forward however, significant questions began emerging over not only the product, but the methods Juul was using to market that product. An investigation led by the Massachusetts attorney general’s office raised the question of why Juul had purchased advertising on websites including Nick Jr. and the Cartoon Network; both thought of as incredibly kid-friendly. Lawsuits filed in Pennsylvania opened the door to question the formulation of Juul’s nicotine delivery system and how quickly Juul users were absorbing the addictive compound. The Commonwealth also documented how young, attractive models and salespeople were being stationed outside Pennsylvania gas stations to distribute free hits from Juul devices and then giving the rest of the pod to the customer so they might continue its use.

The goal of the lawsuits and investigations is to prove that, despite Juul’s assertions that it was merely trying to create a product that would help adult smokers move to a method of nicotine consumption that did not involve the toxicity brought about by tobacco combustion, their actual methods indicated a significant effort to market to young people and get them addicted.

Thanks to significantly enhanced legislation, including the banning of most flavored vape products, Juul’s revenue has dropped to the point of forcing the company to institute layoffs. According to the Wall Street Journal, Juul will be laying off more than half of its workforce and shedding over 1,000 jobs, adding to the 1,000 it had laid off earlier in the year.