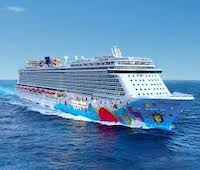 As entire industries cling to survival around the globe amid the novel coronavirus pandemic, some have worked tirelessly to try to create safe and responsible environments in which to continue doing business. For example, you’re undoubtedly aware by now of the restaurants in your area that are working tirelessly to provide safe delivery and curbside pickup options that allow them to keep food flowing to you and funds flowing to their businesses.

The travel industry, however, has been decimated amid orders to stay at home and practice social distancing when you must go out. Norwegian Cruise Line, apparently not willing to accept the revenue losses of such a trying time, came up with a particularly sinister way of trying to mitigate those losses: they decided to flat out lie to customers worried about contracting the virus during their vacations.

In a series of emails leaked to the Miami News Times, a senior sales manager distributed a number talking points for NCL sales agents to use when concerned customers bring up their fears about the virus and its effect on their plans. Staff were told to tell leads that the virus can’t survive in the warmer temperatures of the Caribbean and that “scientists and medical professionals have confirmed that the warm weather of the spring will be the end of the coronavirus.” Staff was told not to bring these points up under any circumstances but to use the lines to close concerned customers who were on the fence about booking.

News of the reprehensible sales tactics being used sent Norwegian Cruise Line’s stock tumbling, losing half its value in just two days. Additionally, NCL continued assuring investors that the outlook for the company and its year was positive and expressed that outlook in its filings with the Securities and Exchange Commission.

The result of these actions is a proposed class-action lawsuit to include anyone who bought stock in Norwegian Cruise Line from February 20 through March 12. NCL’s CEO and CFO are named as defendants. The plaintiffs argue that all of this deception artificially inflated NCL’s stock price. If investors had known what was actually happening behind the scenes, “they would not have purchased Norwegian securities at the artificially inflated prices that they did, or at all.”