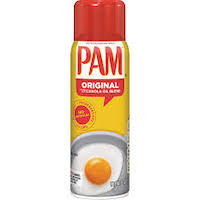 Pam cooking spray has been a staple in American kitchens for generations and is a simple and effective way of preventing food from sticking to cooking surfaces.

The product is also highly flammable and is marked as such. Pam’s flammability comes from the propellant that is used to spray the substance evenly. The signature stream of nonstick oil is shot from the can using a combination of propane, butane, and other propellants. And, for decades, that combination remained stable so long as Pam wasn’t sprayed directly onto a hot surface or an open flame.

That all changed in 2011 when the foods manufacturer started selling larger capacity cans of over 10 ounces. The increased capacity led to the need to vent excess pressure from the cans, and that’s when DS Containers proposed a design that placed a U-shaped venting mechanism on the bottom of each can to allow that pressure to escape.

The vent appears to be releasing more than just pressure. As detailed in a series of lawsuits alleging severe burn injuries as a result of exploding cans of Pam, the vents are also unknowingly releasing flammable propellants that are meeting hot surfaces and open flames, leading to disaster.

The range of injuries is wide and, at times, horrific. One victim claims the heat from a Pam can explosion was so intense it burned a contact lens onto one of her eyes. Other claims include permanent disfigurement and third-degree burns. One victim suffered such severe burning that he had to be placed into a medically induced coma. Another had most of his hair completely burned off in an explosion.

Surveillance video capturing one explosion shows a can spontaneously exploding in a commercial kitchen. The can is not in use at the time; which is to say that no one was spraying the contents onto an open flame or hot surface. A worker is at a station across from the exploding can at the moment of detonation and is engulfed in a fireball before running to the opposite side of the kitchen. Another video shows a kitchen worker placing a can on a shelf under a cooking grill. Moments later, that worker is also engulfed in flames as the can explodes.

Conagra asserts that Pam is very clearly marked as flammable and the warning label indicates that the product should never be left on or near hot surfaces. “When Pam is used correctly, as instructed,” said the company in a statement, “it is a 100% safe and effective product.” The company also denies that a recent redesign of its cans has anything to do with those cans exploding. “Just as we began utilizing the vented can years ago, we removed it from production…to standardize our cans across the entire aerosol cooking spray product line.”