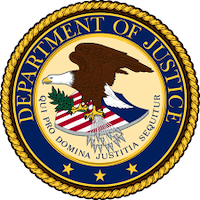 When it comes to denials of wrongdoing, few corporations come close to the vigor with which Johnson & Johnson officials have denied the presence of asbestos in their talc-based products. “Johnson & Johnson is committed to defending these cases based on the strong scientific evidence that talc does not cause cancer.” In another statement released after a jury awarded a plaintiff $300 million having found asbestos in J&J talc responsible for her mesothelioma diagnosis, a spokesperson wrote that “decades of tests by independent experts and academic institutions repeatedly confirm that Johnson’s Baby Powder does not contain asbestos or cause cancer.”

The denials continued even after the release of a treasure trove of internal documents by Reuters early this year that showed the world that not only did J&J talc contain traces of asbestos as recently as the early 2000s, but that the corporation went to great lengths to hide that fact from regulators and the general public. In fact, they grew in their intensity. “This is all a calculated attempt to distract from the fact that thousands of independent tests prove our talc does not contain asbestos or cause cancer,” said company vice president of global media relations Ernie Knewitz. “Any suggestion that Johnson & Johnson knew or hid information about the safety of talc is false.”

The Justice Department appears to have had enough. According to Bloomberg, a grand jury is combing through documents and working to determine whether criminal charges should be brought against Johnson & Johnson for lying to the public about the dangers of its talc-based products. The corporation acknowledged receiving subpoenas in February but was not aware of the nature of those subpoenas and whether they were regarding a civil or criminal matter. Incredibly, when responding to the Bloomberg post revealing the grand jury’s investigation, a company spokeswoman included a familiar refrain. “Johnson’s Baby Powder does not contain asbestos or cause cancer,” she said, “as supported by decades of independent clinical evidence.”