Home > Product News and Recalls > Your New Vehicle is a Lemon. What Can You Do?

Your New Vehicle is a Lemon. What Can You Do? 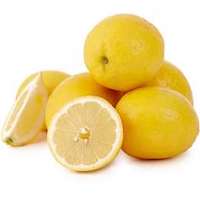 Approximately 17 million new vehicles were sold in the US in 2018. That’s 17 million chunks of metal, plastic, and electronics that needed to be manufactured to exacting standards. Fuel systems, computer controls, suspensions, ignitions, exhausts, and countless other mechanisms had to come together and work in tandem millions of times for each new car, truck, and other vehicle to function properly or else the whole system could fall apart.

When working at that scale, it’s all but inevitable for a faulty vehicle to make its way through the factory and onto the road. Perhaps there was a manufacturing defect. Perhaps there was a defect with one part used in one specific vehicle. But as long as we’ve been making cars, we’ve also made the occasional lemon.

“Lemon” is the name given to new vehicles that, regardless of how many times they’re taken to the shop for repair, can never seem to function perfectly and spend an inordinate amount of time off the road as a result. It could be an engine that knocks at a certain RPM. It could be a status light that never seems to go away. Whatever it is, it is a problem that makes you wish you could just return the vehicle to the dealer, tell them it doesn’t work correctly, and drive away with a different one.

The problem is that when you’re talking about purchases worth tens of thousands of dollars, the return policy can get a little complicated. Vehicle returns are so complicated, in fact, that specific sets of laws have been written to regulate how lemons are handled. They’re called lemon laws and, unsurprisingly, they vary widely from state to state.

A recent post in The New York Times tries to shed some light on a system that’s so complicated that the head of the International Association of Lemon Law Administrators (yes, it exists) declined to comment on the newspaper’s story about lemon laws. Instead, Rick Soletski wasted no time in telling the Times that Association policy was to leave individual comments regarding lemon laws to the states themselves.

So, how did the states rank? Well, if you live in New Jersey, you’re in luck. New Jersey lemon laws appear to favor the consumer and are quite strict in their interpretation of how quickly a manufacturer has to move to try to remedy an issue with a problem vehicle. The worst state to get stuck with a lemon appears to be Illinois. In Illinois there are basically no penalties for a manufacturer who drags their feet when “working” to get your lemon issue resolved. In many cases, it’s not uncommon to simply try waiting out the unfortunate buyer and hope they go away. If a buyer in Colorado gets sick of all the foot-dragging allowed by their state’s lemon laws, sues, and then loses the lawsuit, that buyer is not only stuck with the lemon vehicle but is also responsible for covering the other side’s legal bills. It’s almost as if they’re making the penalty for losing so severe that people might not want to take action in the first place…

It may be worth mentioning at this point that the auto industry spent spent close to $68 million on lobbying efforts last year. One has to wonder how much of that was allocated toward influencing the nation’s lemon laws. How else do you explain laws written specifically to shield corporations from the people their products are impacting?