Access to Shingrix May Come Down to Where You Look 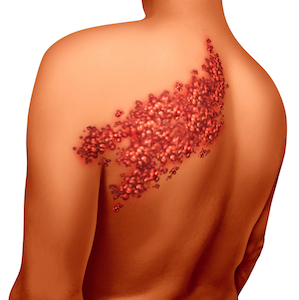 It’s been a good year for GlaxoSmithKline. Just one year after its Shingrix shingles vaccine was approved by the FDA, the drug is in such high demand that availability has become an issue and the drug manufacturer is ramping up production to meet the growing need.

“We understand that this is a challenging situation to manage, and GSK is fully committed to expediting resupply throughout 2018. Going forward, providers and patients can feel confident that more doses are being made available.” These are the words the Big Pharma giant used to lament the fact that even though there is another shingles vaccine on the market, its drug is so popular that it is having a problem keeping the two-part vaccine on shelves.

Much of this is likely due to Shingrix’s high level of efficacy. While its only competitor, Zostavax, has enjoyed a decade-long head start, it has also been held back by an effectiveness rate of a mere 51 percent and a host of possible side effects. Adoption of Zostavax has, as a result, been low. By comparison, Shingrix – while requiring two shots given six months apart instead of just one – boasts an effectiveness rate of over 90 percent in most cases and poses minimal risk of side effects. The differences have led to Shingrix being positioned as the preferred shingles vaccine of the CDC with the agency going so far as to use its Zostavax information page to encourage patients to get the Shingrix vaccine instead, even if they’ve been previously inoculated with Zostavax in the past.

In a survey of Philadelphia-area locations, The Inquirer found that some didn’t have a single dose of Shingrix left to give while others still had plenty to go around. The CDC has said that patients who are unable to obtain the second shot in the series on time because of the shortages should simply acquire it as soon as possible and not worry about re-starting the series with the first injection. GSK has also said that timing of the second dose is not a factor when considering insurance company reimbursements.