Posted May 4, 2018 in Drug and Medical Device Lawsuits | Product News and Recalls 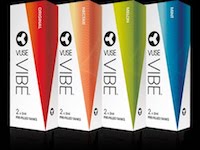 The R.J. Reynolds Vapor Co. issued a nationwide recall for 2.6 million of the batteries, or “power units,” for its Vuse Vibe line of electronic cigarettes earlier this month. The recall is voluntary in nature and, to date, the batteries have not caused any injuries. At issue, as is the case with many battery-based consumer products, is a possible malfunction that can occur and cause the device to overheat or possibly start a fire. The recall is specific only to the Vibe and does not affect the company’s Solo or Ciro product lines.

If the R.J. Reynolds name sounds familiar, particularly in this context, it should. The R.J. Reynolds Vapor Co. is a subsidiary of Reynolds American Inc. That company is the parent company of the R.J. Reynolds Tobacco Company, among others. Sensing an opportunity in the electronic cigarette/vaporization market, virtually every big name in the tobacco industry is now marketing at least one model of its own e-cigarette. In fact, according to the vice president of economic and health policy for the American Cancer Society, “Big Tobacco is now dominating [the electronic cigarette market] in dollars in sales.”

While health and safety issues abound for a product whose reputation is firmly staked on being a “safer” alternative to smoking, the electronic nature of the devices adds another element of risk that regulators are working to overcome. The devices function by using electricity to quickly heat a liquid to hundreds of degrees nearly instantly and must do so repeatedly over the course of their lifespans. Manufactured primarily overseas, safety concerns range from the quality of the electronic components used to the possibility of materials and compounds in the devices being inadvertently inhaled as part of the vaporization process.

Early last year, a series of New Jersey electronic cigarette safety cases showed just how bad the injuries can be when these devices malfunction. E-cigarette battery explosions caused one 16-year old girl to lose four of her teeth when a battery exploded near her face. Other cases involved third-degree burns to large portions of the victims’ bodies, including one where a battery explosion “caused a scathing hot mixture of shrapnel and battery acid that burned through [the victim’s] pants, thigh, right shoe, and onto his foot.”

The debate over the relative “safety” of vaping, or vaporization-based nicotine delivery, will likely rage on well into the considerable future as there is currently a lack of long-term data available for research. The devices, however, must be manufactured to standards that pose as little risk as possible not only to the users, but also to those around them.