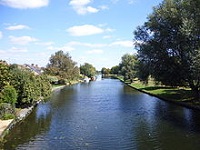 A study issued by the Environmental Working Group appears to show that almost one out of every five New Jersey residents may be drinking water containing harmful levels of a chemical linked to various cancers and developmental disorders. The chemical is called perfluorooctanoic acid, or PFOA for short. And New Jersey water customers have more of it flowing through their taps than any other state in the country.

The report paints an overall bleak assessment of the water served by the nation’s utilities. Data was collected on test records from 48,712 water servicers across the U.S. for the years 2010 through 2015. Once broken down, that data indicated the presence of some 267 industrial and agricultural compounds in the nation’s overall water supply. This includes not only the water we drink, but also the water we bathe in, wash our clothes in, wash our food with, and the countless other things we do when we go to the tap.

PFOA’s history goes back decades and it was widely used in everything from cookware and in-home fabrics to clothing and food-packing materials. Use of the chemical finally ceased in 2002, but by that point it had already infiltrated well into the water supply. And, making matters worse, PFOA does not break down naturally. Any PFOA created 20 years ago is still PFOA today. And it will still be PFOA 20 years from now.

The chemical was also a main ingredient in fire-retardant foam used by the U.S. Navy at bases located throughout the country. A 2016 report details the clusters of illnesses, including cancers, in communities surrounding two Navy facilities in Pennsylvania. One resident – a man who also worked at one of those facilities for more than a decade – suffers from an “unknown” blood clotting disorder and has also endured four aneurysms and lost both of his kidneys.

The EPA list of possible adverse health effects of PFOA is frightening. That list includes cancers of various types, damage to the liver, low birth weight in infants, a delay of (or acceleration of) puberty in adolescents, and a reduction in the effectiveness of certain vaccines. And while New Jersey gave the impression of taking active measures to limit the amount of PFOA in residents’ water, the fact that it left out penalties for those who exceed those limits seems to have left the effort somewhat hollow. Additionally, the state’s legislated limit was set at 40 parts per trillion while scientists would later state that a limit of just 14 parts per trillion was a much healthier threshold. One expert; a Harvard University environmental professor, believes that federal guidelines on PFOA “may be 100-fold too high.”

Water filters utilizing granular activated carbon, or GAC, are common, relatively inexpensive, and a viable method for reducing the amount of PFOA making its way from your tap to your glass. The makeup of GAC allows it to grab PFOA during filtration and hold onto it. While your water utility may employ the same technology and methodology, an at-home filter offers another layer of protection on a much smaller and more manageable scale. Such filters are often available for around $20.

When local, state, and federal authorities allow safety policies and guidelines to be dictated by politics, profits, and campaign contributions, it is the citizens of those localities, states, and countries who suffer. Want proof? Apparently it’s as simple as pouring yourself a glass of water.