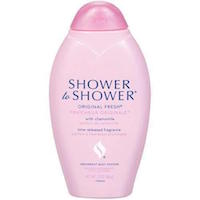 This past August, a California jury passed down a $417 million verdict against Johnson & Johnson for failing to properly warn consumers about the dangers associated with its talc products. At the time of the ruling, a spokesperson for the corporation said J&J would challenge the penalty because “science supports the safety of” regular use of its products containing talc.

Now, the company has begun the appeal process for challenging that verdict. It claims that three members of the jury panel were excluded from key decisions regarding the total amount awarded to the plaintiff, Eva Echeverria, who has since died. J&J considers the process to have been so flawed that it “‘cries out’ for the judge’s intervention,” according to Bloomberg.

Johnson & Johnson has already established a track record of successes on appeals. The corporation won an appeal in a Missouri talc case which previously awarded $72 million to the plaintiff, Jacqueline Fox, after the jury found a definitive link between talc and cancer. The reversal came on the heels of a Supreme Court ruling which determined that out-of-state resident plaintiffs “must establish an independent basis for specific personal jurisdiction over the defendant in the state.” Ms. Fox was from Alabama.

The Supreme Court ruling came as the result of a California case regarding Bristol-Myers Squibb and their blood thinning medication Plavix, and has already sent shockwaves through the legal community. Given the thousands of talc cases that have been consolidated and are pending throughout the country, it is safe to assume that the impact of the Supreme Court’s ruling has just begun to show itself.

Consolidation of individual cases by a court enables lawsuits filed for individuals across multiple states or counties that share similar circumstances to be filed in a single jurisdiction. The court’s rulings, orders, and deadlines can then be applied to all similar cases, thereby simplifying and quickening the process of moving through a potentially large number of cases.

A New York liability lawyer, Michael Duffy, has stated that the Supreme Court ruling “puts a horrific burden on the plaintiff.”

In addition to recent medical studies confirming the link between talc and cancer, juries have ruled critically against J&J because internal documents appear to show that the corporation has known of the potential danger posed by its talc products since the 70s. Documents also show that the company received an even stronger statement from an external medical consultant in 1997, who said in a memo that denying the link between talc and ovarian cancer would be “denying the obvious in the face of all evidence to the contrary.”

We are only just now seeing to see the far-reaching impact of this ill-conceived Supreme Court decision. And, if appeals continue to favor the corporation over the people injured by that corporation, thousands of plaintiffs and their families may be forced to endure a whole new set of legal proceedings – along with all of the associated emotions – with no guarantee of any compensation whatsoever.