A New York Times report details how the FDA recently sent a letter to a division of Pfizer regarding the company’s failure to properly investigate the safety of its EpiPens, which it manufactures for Mylan, based on adverse event reports filed by consumers. The pens are used by patients to deliver epinephrine during potentially life-threatening allergic reactions.

Complaints centered on a malfunctioning mechanism within the EpiPens. The mechanism is supposed to ensure the correct amount of epinephrine is administered into a user’s system during a serious allergic reaction to anything from bee stings to peanut exposure. When it fails, patients can be left in intense pain and grave danger, and can even die. In fact, the FDA has confirmed multiple deaths as a result of defective EpiPens, though it has not stated the exact number.

Pfizer has shipped more than 30 million EpiPens since 2015. They recalled 13 lots of the devices earlier this year, but only after multiple conversations with the FDA over the hundreds of complaints that the corporation has failed to acknowledge. Pfizer spokeswoman Kim Dencker emphasized complaints can be common when a “product is frequently administered by non-medical trained individuals,” even though EpiPens are specifically designed to be used as temporary emergency relief until a patient can reach trained medical professionals.

This is not the first controversy that the EpiPen makers have found themselves embroiled in over the handling of their product. Mylan drew intense public scrutiny when it raised the price for a pair of the devices to $600 in 2016, or more than 500 times its 2007 price. Failing to see any issue with its actions until the public outcry, it took the rather unprecedented step of creating a generic version of its own product that cost $300 per pair.

Mylan also recently reached a settlement with the Department of Justice and other agencies for allegedly committing fraud against the United States government by overcharging citizens who bought their EpiPens through Medicare. The settlement totaled nearly half a billion dollars and seemingly confirmed congressional suspicions that the corporation was deliberately plundering government coffers to pad its own bottom line. 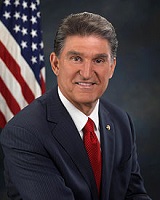 As it turns out, Mylan’s CEO, Heather Bresch, is not very far removed from the halls of Congress. Her father is the senior United States Senator from West Virginia, Joe Manchin. Mylan’s price hikes netted Bresch a 671 percent pay increase from 2007 to 2015 with her compensation package jumping from $2.5 million to $18.9 million after the final jump. Senator Manchin’s signature was notably absent from a letter sent to his daughter’s company late last year by 20 Democratic senators demanding to know why it was raising the price of Epipens at such an alarming rate. One can only assume that the senator’s constituents might have benefited from knowing the answer to such a serious question.

Nina Devlin, a spokeswoman for Mylan, insists the company “has an unwavering commitment to quality and patient safety and we are confident in the safety and efficacy of EpiPen products.” That commitment is fairly difficult to buy into when one considers the corporation’s tepid response to hundreds of consumer complaints about defective devices that could cost patients their lives. If that’s not enough to raise doubts, there’s always the company’s documented history of not only significantly raising prices simply because it can, but also committing outright fraud against the government and people of the country it does its business in.