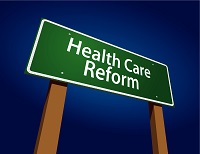 It’s no secret that health care, and access to that health care, is a key focal point in the current American political landscape. And while each side works overtime to put the spotlight on the data that best illustrates its respective points, one side seems to continue clinging to an argument that data suggests simply is not true.

Tapping into a common theme, Republicans have repeatedly villainized medical malpractice laws, lawyers, and the sizeable awards that can occur as the result of a medical malpractice lawsuit. These attacks position plaintiffs as undeserving and trying to get something for nothing; a millionaire created from an injection that turned into a bruise, rather than acknowledging the reality of a person who will likely need a lifetime of additional care as the result of someone else’s negligence.

If their argument is to be believed, this is a crisis-level problem, costing hundreds of millions of dollars each year and grinding the U.S. healthcare engine to a halt. Now, as a new administration stands poised to remove a thorn embedded in their side for the past eight years in the form of the Affordable Care Act, the goal of improving access to health care seems to be tangential at best; with tort reform taking top position as a policy priority.

The reality of the situation may be considerably different than the picture they try to paint.

A recent story published by the Washington Post indicates that doctors are paying less for medical malpractice insurance now than they did in 2001 – and that’s without the customary adjustment for inflation. Additionally, the number of malpractice claims filed has been cut in half since 2003.

Experts have indicated their concern with this approach. “What strikes me about these current proposals is that they really represent the agenda of medical professionals, which is all about limiting liability,” says Stanford University law professor and health researcher Michelle Mello. “To take any malpractice reform seriously, it has to offer something to improve the situation of patients and lead to safer outcomes.”

Studies suggest that $100 billion of the $3.2 trillion spent on health care last year went to malpractice lawsuits and tests run simply in the interest of avoiding future litigation; something known as “defensive medicine.” House Republicans have put that number at a far higher $300 billion, and the administration’s nominee for Secretary of Health and Human Services is on the record as suggesting that it is even higher; accounting for a full quarter of U.S. health spending. Neither has produced any evidence to support their claims.

While millions of Americans appear to be on the brink of losing their health insurance coverage, those that will eventually be injured by malpractice face an increasingly difficult path to getting the compensation they will need to restore order to their lives and pay for ongoing care.