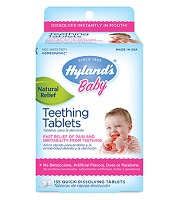 Look around the stores you frequent and it’s easy to see that we’ve become a society obsessed with finding “natural” versions of nearly everything. Organics permeate the grocery shopping experience while everything from drinks to the candy aisle are infused with marketing buzzwords like “all natural.”

Too often, however, consumers are unaware of the lack of testing, verification, and regulation that these types of products may face before finding their way onto shelves and into their bodies. In many cases, it’s absolutely none. And, as if this couldn’t get any worse, perhaps most terrifying is that this holds true for the baby aisle as well.

In the case of certain remedies, known as homeopathic remedies, this lack of regulation can lead to inconsistencies in manufacturing and formulation that can do great harm. Homeopathy is based on the notion that diluting things – potentially dangerous and harmful things – in enough water to render them inert is a good way to build up the body’s tolerance to those things and negate or reverse their impact.

Such is the case with belladonna, also known as nightshade. The substance is contained in a wide variety of homeopathic products. Unless diluted to the point of being almost undetectable, nightshade can be deadly. And there is evidence that homeopathic teething gels containing belladonna may be killing babies.

The risk has become so pronounced that the FDA issued a statement urging parents to stop using the gels before a definitive causation had been proven to be 100% true. Enough of a pattern has emerged to make nightshade poisoning a prime suspect in the deaths.

This isn’t the first time this has happened. A similar patterned occurred in 2010 when homeopathic teething gels were found to be improperly diluted. As of this writing, the agency is investigating 10 infant deaths and over 400 instances of seizure, fever, and vomiting that could be linked to the use of “natural” teething gels.

Watching their children endure the discomfort of teething can be heartbreaking for parents. However, it is a process that our children have gone through for generation after generation, long before the onslaught of the “all-natural” craze and the notion that everything needed some sort of remedy. Gum massage and simple exposure to chilled teething rings or cloths have brought comfort to countless teething infants over the years. And, sometimes the best solution is the one that doesn’t involve a trip to the drug store.