Migraine Patch May Cause Severe Burns and Scarring 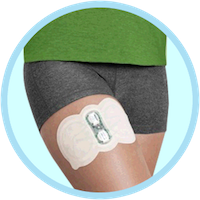 For the 36 million Americans that suffer from migraines, any chance at relief is a chance worth considering – at the very least. The debilitating headaches can strike anywhere from 10 to 14 days a month for chronic suffers and the effects can be anything from extreme sensitivity to light to nausea and vomiting. Migraines are far more than just regular headaches.

Various prescription pain relievers are available to try to help relieve the pain of migraines. Most, like sumatriptan and ergotamine, work by constricting the blood vessels in the patient’s brain. A new relief method called Zecuity, however, tries to relieve migraine suffering by way of a transdermal patch.

The release hasn’t quite gone as planned.

Zecuity has only been on the market since September of 2015. However, according to a recent safety alert issued by the FDA, a “large number of patients” are experiencing burns or scarring on the site where they’ve worn the Zecuity patch. Reports also include severe redness, pain, skin discoloration, blistering, and cracking.

Zecuity is not a small patch. Powered by its own battery, it is designed to be a single-use device used to deliver sumatriptan and is wrapped around the patient’s arm or thigh. Patients are instructed to remove the device after four hours of use.

Teva Pharmaceuticals, Zecuity’s manufacturer, acknowledges that side effects may occur, but describes them as fairly mild. “The most common side effects of Zecuity,” they say, “include pain, tingling, itching, warmth, discomfort or a change in the skin color at the application site of Zecuity.” They go on to acknowledge that there may also be some redness at the site after removal of the patch, but that should go away within 24 hours.

The FDA is still gathering information about Zecuity and the reported burns and scarring. As a result, is not yet prepared to issue any regulatory guidance. However, the agency strongly recommends the removal of Zecuity at the first sign of problems. Patients are also advised not to get Zecuity wet.

Minor skin irritation is nothing new with transdermal delivery systems and, in many cases, the method presents a controllable, reliable way of making sure that patients are getting the medications they need. Complaints of this severity, however – and at this scale – so early into Zecuity’s life are not a good sign for Teva Pharmaceuticals.