Posted May 19, 2016 in Drug and Medical Device Lawsuits | Product News and Recalls

The affected machines were manufactured between 2013 and late 2015 and saw distribution throughout the United States. At issue are cracks in conductivity sensors found in the machine. These cracks could allow air into the dialysis solution used to clean and filter the patient’s blood. That air can adversely affect the machine’s ability to filter blood – the whole reason for dialysis – and even introduce outside elements to the bloodstream when none previously existed.

Customers were notified of the recall via letter in April of this year. In that letter, they were advised to have a technician run a pressure test against the machine. Those that passed the test could be tagged and returned to service. Indication of air leaks, however, mean that parts must be replaced. Those parts are being supplied by Braun. 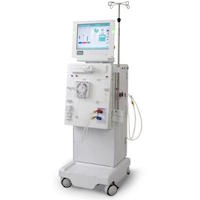 Fierce Medical Devices, a blog focused on the medical device industry, indicates that Braun has historically focused on anesthesia products. The company has also manufactured devices across the oncology, infusion, and surgical verticals. Six models of the Dialog+ hemodialysis system are covered under this latest recall.

Several adverse events reports have already been filed regarding mishaps with Dialog+ systems. The area of the machine where the faulty sensors are located is under near-constant negative air pressure when the machine is in operation. The sensor fails as a result of a manufacturing variation, although reports have indicated a tendency toward failure as a result of normal wear and tear as well.

2016 has not been kind to Braun. A nationwide recall was issued for a single lot of its dextrose injection fluid for “leakage and/or particulate matter identified to be microbial growth.” No adverse events have been reported as a result of that recall; no small feat given that the affected lot was being injected into patients in what can only be described as a non-sterile state.

Time will tell if the flurry of early event reports tied to the Dialog+ system are the end of the story for that recall or just the beginning.