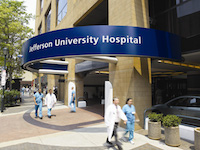 We may be getting a little desensitized to hearing about high profile hospital programs being taken offline because of serious concerns within those programs. Most recently, you may have read about two pediatric cardiothoracic surgery programs being shut down here on our blog. St. Mary’s Medical Center in Florida and Philadelphia’s own St. Christopher’s Hospital for Children both shut down their pediatric heart surgery units when analyses showed mortality rates significantly higher than average.

It’s not surprising then that people are asking a lot of questions about the recent decision by Jefferson Hospital to voluntarily shut down its heart transplant unit. However, the hospital states – and numbers seem to support – that the shutdown is not for any mortality or regulatory reasons.

The hospital is leaving no question unanswered, as shown in a recent post on Philly.com. They seem to be going out of their way to assure the public that this not being done out of any kind of hospital shortcoming; rather it is a planned move toward redesign and expansion.

In an email to Philly.com, a hospital spokesperson said:

“This decision is entirely Jefferson’s. We’re taking this pause to completely rethink the full spectrum of advanced heart failure treatment. Transplant is certainly a critical component of that spectrum, but it is just one therapeutic option. As part of this effort, we are looking to build a network of like-minded partners throughout the region; that cannot be achieved overnight, and it’s simply too early in the process to know the exact shape and form the program will take in the future.”

Still, the move has confused others in the medical community. One member of the organization that is responsible for oversight of the nation’s various transplant programs bluntly stated that he’d “never heard of a program being suspended for expansion.”

Assuming that Jefferson’s explanation of the shutdown is the entire story, the newly redesigned program will hopefully emerge as a regional powerhouse, benefiting Philadelphia residents and those outside of the city. It should strongly benefit from a full shutdown of operations; as hospital leaders and medical professionals can focus entirely on the new program, unencumbered by the need to focus on day to day operations.

Should a second story emerge, however – one not quite so rose-colored – there is no limit to the damage that these initial denials may cause to Jefferson’s credibility.