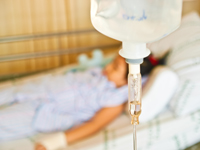 Just five short months ago, a widely publicized story on CNN led to the shutdown of the pediatric cardiothoracic surgery unit at St. Mary’s Medical Center in Florida. The reason? Babies were dying at an alarmingly high rate while undergoing surgery at the facility. No less than nine infants had died through 2013 after having heart surgery at St. Mary’s and at least one was paralyzed after having a procedure.

An analysis and subsequent report of these numbers by a cardiac surgery professor at Johns Hopkins All Children’s Heart Institute, followed by a CNN report which put St. Mary’s mortality rate at three times the national average, led to the eventual shutdown of the hospital’s pediatric cardiothoracic surgery unit.

Shortly thereafter, a $200,000 contribution was made to Florida Republicans by Tenet Healthcare, the for-profit organization that manages and runs St. Mary’s as well as hospitals throughout Pennsylvania. Florida Governor Rick Scott and his fellow party members enjoyed a windfall of funds that, according to CNN “dwarfed those the company made to candidates or parties in other states.”

Now the quality standards that St. Mary’s had failed to meet just months prior – standards that have been in effect since 1977 – are no longer on the books.

A new CNN report cites doctors from around the state that claim that the order to drop the quality standards came straight from the office of Governor Rick Scott. And they say that this is far from the first time that money’s influence, and particularly that of Tenet Healthcare, has been felt in the halls of Florida’s hospitals.

Large contributions to Scott’s campaigns and the state’s Republican party by Tenet can be found dating back to 2013 and, as is the case with all sizable political giving, everyone knows that it’s all about access. David Nykanen, pediatric cardiologist and a member numerous highly-placed advisory committees, sees through the rhetoric and denials. He plainly states that, “if someone is contributing at that level, obviously they have to have some influence. If Tenet Healthcare contributed so much money, you’d think they’d have the ear of the governor and the politicians.”

State GOP leaders and representatives from the Governor’s office continue to deny any collaboration and wrongdoing. At the same time, doctors, surgeons, and others in Florida’s medical community continue to work to call attention to the collapse in standards and refuse to let the scandal be swept under the rug.

While the standards themselves may have evaporated, one thing thankfully remains constant: The pediatric cardiothoracic surgery unit at St. Mary’s is still shut down and no one there is hurting any more babies.