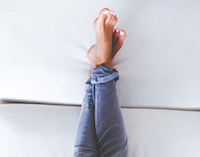 Addyi was developed to treat a condition known as hypoactive sexual desire disorder in women. Up to one-third of women in the United States are believed to suffer from some sort of the disorder which is only diagnosed when the lack of sexual desire actually causes stress in a relationship.

Rather than increasing blood flow to the genitals, as is the case with Viagra, Addyi works on a psychological level much like an SSRI. In effect, it treats hypoactive sexual desire disorder as a form of depression.

After two initial rejections from the Food and Drug Administration, women’s groups accused the agency of a gender bias, noting the fairly rapid approval of Viagra. However, after almost three months on the market, less than 2,000 prescriptions for the drug have been written nationwide netting just $1.6 million.

This is a tough pill for Valeant Pharmaceuticals International to swallow. The company bought the rights to Addyi for a billion dollars two days after the drug was approved. The medication averages $26 per tablet, does not enjoy insurance coverage in most cases and has a spotty record of effectiveness. And, as if that wasn’t enough, combining Addyi and alcohol can lead to dangerous drops in blood pressure and a loss of consciousness.

While many are happy to see female sexual dysfunction, or FSD, finally starting to receive some attention in the medical community, there is significant concern over how the condition is being viewed and treated. In fact, very little consensus even exists over its root causes. And, some believe that the current focus on labeling FSD a psychological disorder will have drastic effects on the course of any future treatments.

Leonore Tiefer, a psychiatrist and sex therapist at NYU, explains that “the framing of female sexual problems as brain disorders and as medical crises that need medical solutions is a misunderstanding of sexuality that can have great power over and above this particular drug.”

A market rejection of Addyi will send a powerful signal; not only to the manufacturer who spent a billion dollars for the rights to produce it but also to medical researchers: The continued emphasis on attempting to explain physical symptoms in men as mental disorders in women will not stand.

That could, indeed, prove to be a very expensive lesson.