Home > Product News and Recalls > Preventing Diabetes with a Pill?

Preventing Diabetes with a Pill? 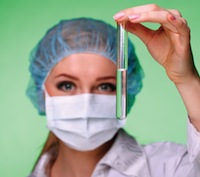 When we think about clinical trials we think about sterile rooms filled with people wearing white coats and carrying tablet computers. Sometimes it’s hard to remember that there are patients on the other side of those trials – patients who want nothing more than for the trial to go well.

In some cases, these clinical trials can lead to breakthroughs that change the face of medicine forever. In others, scientists simply make strides and continue to chip away at the problems that continue to plague modern medicine.

One arena that sees near-constant evolution is diabetes. Our understanding of the condition is improving and our treatment options are aimed at becoming more targeted and less intrusive to the rest of the body’s critical functions.

But what if we could prevent people from becoming diabetic before the disease had a chance to take hold? What if we could monitor pre-diabetic patients and hold the line against a full diabetes diagnosis by simply giving them a pill once every day?

That is the goal of a new government-funded study being conducted in the United States and eight other countries.

To understand the trial, you must first understand diabetes and its two forms. Type I diabetes occurs when a person’s pancreas fails to produce insulin, a hormone essential to controlling blood sugar levels. Type II diabetes patients produce insulin but their bodies are incapable of using it.

The disease is synonymous with insulin injections, and many patients, primarily those with Type I diabetes, have to look forward to a lifetime of insulin injections once diagnosed. Their options consist of the decision between an insulin pump or standard hypodermic needles; neither of which are ideal.

This study could provide a third option though and it has many people excited: forgo the pump and the needles, take a pill, and don’t get diabetes in the first place.

The results of the on-going NIH study won’t be ready until 2017. Those who are interested can check out https://www.diabetestrialnet.org/OralInsulin/index.htm for more information.

On a blog where our focus is on the potential dangers of medications and the lengths corporations will go to ensure profitable financial quarters, we also enjoy bringing news of possible new developments in the medical industry to our readers. Rest assured, we; as well as other law firms like us, will closely monitor these trials and those like them to ensure that patient safety is held above all else, including corporate profits. However, we also know the impact that diabetes can have on the lives of those whom it affects. We encourage you to work with a trained and qualified medical professional to ensure that you are receiving the best possible care for your condition.

More information about diabetes, including its causes and treatment options, can be found at the website of the American Diabetes Association.