Home > Drug and Medical Device Lawsuits > Getting Sued for Doing Your Job: Amarin Pharma and the FDA

Getting Sued for Doing Your Job: Amarin Pharma and the FDA 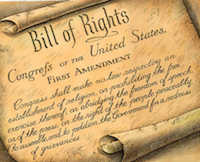 The job of a regulatory agency is to define, for those under its regulation, what is permissible behavior and what is not. It is tasked with laying down the ground rules: corporations can play on its field but they have to play by its rules. If they don’t, they get fined or they lose their right to play.

Regulation is a part of society. We figured out at some point that if we left companies and corporations to their own devices, that they would act only to further their own interests and can more easily lose focus of the greater good, public safety, the environment, or anything else not related to profits and success.

This has, of course, been a contentious point for industry and they constantly work to find ways to break free of regulation or find loopholes to make the regulation tolerable. Amarin Pharma has decided to try using the First Amendment to the Constitution of the United States.

When a drug is approved by the FDA, that approval also comes with a list of symptoms or conditions that the manufacturer may claim the drug remedies in its marketing materials. For example, a drug can be marketed as a remedy for headaches and nausea but can not be marketed to treat other conditions, even if they are similar or share similar root causes.

Doing so is called off-label marketing and billions of dollars in fines have been paid by the pharmaceutical industry for doing it. Corporation after corporation has marketed its drugs to consumers in direct violation of what the FDA told them that the drug could be marketed to treat.

Amarin Pharma evidently believes that this practice – approving drugs for safe use based on scientific research and disapproving of those same drugs for other uses – violates their First Amendment right to free speech. As such, they have filed a federal lawsuit against the Food and Drug Administration.

Amarin wants to be able to present material to doctors that shows that their drugs are effective for uses other than those for which they have been approved. More specifically, they want to present doctors “access to information from the source most knowledgeable about the drugs: the drug manufacturers,” according to the Amarin lawsuit.

This would be ludicrous, of course, were it not for the fact that a series of Supreme Court decisions, the most publicized of which was the famed Citizens United v. FEC, has slowly but gradually granted corporations many of the same rights held by actual citizens. The idea of “corporate personhood” basically says that because a corporation is a collection of people, then that corporation should possess the same rights as the people who make it up, including the First Amendment right to free speech. The 2011 Supreme Court case allows companies to provide “materials that are truthful and not misleading” and has arguably opened the door for drug makers to provide additional information to physicians.

Let’s also not forget how good the pharmaceutical industry is at packaging that information. Any group that can present a 30-second long laundry list of ways something may harm you during a television commercial, yet still suggest in the end that you ask your doctor if you can take it, is obviously doing something right.

Everyone, from federal regulators to the pharmaceutical executives who work to undermine them, is watching this case very closely; and for good reason.