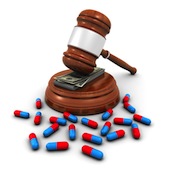 Pennsylvania will receive $90,000 of the $39 million that Daiichi Sankyo must pay in damages and penalties to 49 U.S. states, Washington, DC, and the federal government. The National Association of Medicaid Fraud Control and the federal government recently reached the settlement with Daiichi Sankyo after the New Jersey–based pharmaceutical giant was found to have violated federal law in promoting their drugs Azor, Welchol, Tribenzor, and Benicar.

A former Daiichi Sankyo employee filed a whistleblower complaint in 2010, which led to an investigation that found the company guilty of giving out exorbitant speaker program fees and lavish meals to doctors and physicians in return for recommending or selling the drugs. The kickbacks were allegedly handed out from 2011 to 2014.

This is not the first time Daiichi Sankyo has come under fire for its operations with Benicar. The company’s brand-name olmesartan was approved by the FDA in 2002. Since then, Benicar has repeatedly been linked in studies to serious gastrointestinal side effects. In 2013, the FDA issued a warning to doctors and patients that Benicar and similar blood pressure medications are associated with a gastrointestinal condition called sprue-like enteropathy, which is known to cause severe intestinal issues including chronic diarrhea, vomiting, and excessive weight loss. Following their findings, the FDA announced that the label on Benicar would be changed to reflect the recently associated health risks.

Roughly one dozen plaintiffs have stepped forward and filed Benicar lawsuits against Daiichi Sankyo. One man states he spent 100 days in the hospital over four years due to Benicar side effects such as malnutrition, dehydration, vomiting, severe diarrhea, and substantial weight loss. Plaintiffs in Benicar lawsuits seek yet-unspecified damages for claims including defective product design, breach of warranty, negligence, and fraud.

Of the $39 million in damages and penalties to be paid by Daiichi Sankyo, roughly $10 million will go to state and federal Medicaid programs, and approximately $5 million will be divided among Washington, DC, and the 49 U.S. states that took part in the lawsuit.

Be sure to consult your doctor or physician whenever changing medications. If you or someone you know suffered a serious side effect such as sprue-like enteropathy after taking Benicar, contact the lawyers at Lopez McHugh for a free consultation. You may qualify for compensation through a Benicar lawsuit.