Patients of Surgeon Encouraged to Get Checkups After Malpractice Suits 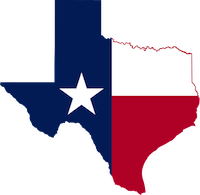 A recent article by ABC urges patients who underwent breast augmentation surgery in the 80’s or 90’s performed by a specific doctor in Houston to get a check up on their implants. The Houston doctor has been the subject of numerous medical malpractice lawsuits from patients who claim to have suffered under his alleged substandard care.

The late doctor was a very popular plastic surgeon in the Houston area for breast augmentations when he was practicing. Dayna Steele, a Radio Hall of Famer, claims that she received implants from the doctor but went back to him for a checkup when she experienced discomfort. She alleges that he called her a “wuss” when she told him that the outer layer of her implant had ruptured and that the doctor never replaced it.

In 2001, Steele said she saw this doctor’s face on the cover of the Houston press coupled with a story saying he had lost his medical license. The doctor had sanctions issued against him and a number medical malpractice lawsuits awarding damages to patients who had suffered because of his negligence and misconduct. The awards reportedly ranged from $90,000 to $7.3 million.

When Steele had her implants removed, her new surgeon noticed that there was no manufacturer’s name or serial number on the implants. The implant that she complained about had been leaking for years, and the other had black tar on the inside.

ABC compiled a list of tips for those considering surgery including:

If you believe that you or a loved one has suffered a significant injury or death as a result of a surgical mistake or other negligence or misconduct by a doctor, the experienced attorneys at Lopez McHugh may be able to help. Identifying whether an individual has a valid medical malpractice case can be complicated and time consuming process. The medical malpractice lawyers at Lopez McHugh are currently investigating cases in Philadelphia and throughout Pennsylvania, as well as in New Jersey and California. There is no cost or obligation for the initial consultation and your information will be kept confidential.