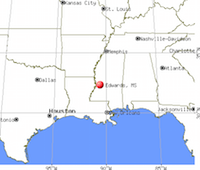 An 88 year-old-doctor from Edwards, Mississippi is on the brink of losing his license to practice medicine. Dr. Carroll Landrum’s license is at risk because the doctor practices out of his 2007 Toyota Camry. The Clarion-Ledger recently reported on the doctor’s mobile medical practice.

Dr. Landrum is the only practicing doctor in Edwards, a town with just over a thousand residents. He parks his car and visits with patients in the parking lot of an abandoned shopping center that used to house his medical office. Occasionally, the doctor will drive to meet his patients along a country road or other spot closer to their home. On an average day the doctor sees two or three patients. He began seeing patients from his car after he left his old office space two years ago due to crime in the area.

Although the Mississippi State Board of Medical Licensure has pressured the doctor to give up his license, he insists he can do “most everything” out of his car. Dr. Landrum treats minor medical concerns from his car and refers those with more complicated medical needs to other physicians. He charges no more than $45 for a visit and, for the poor, will often waive the fee.

The doctor, who has been licensed for 55 years, says he got into medicine to help people and continues to practice for that same reason. Edwards is a rural Mississippi where, according to Landrum, healthcare is not affordable to many residents. Landrum is sympathetic to that fact. The average yearly income for Edwards’ residents was just over $12,000 per person in 2010.

A state medical board would not comment on the investigation, noting that all investigations are confidential unless official action is taken.

Residents in rural areas of the United States experience high rates of chronic illness, disability, and death and close to 20% of Americans without medical insurance live in rural areas. Dr. Landrum told The Washington Post that he “grew up poor, and when the doctor would come to us, and he was happy to see us, I pictured myself doing that someday. I try not to ever turn people away – money or no money – because that’s where the need is.”

Should Dr. Landrum lose his license or is he performing a necessary public service? The debate continues in the Mississippi town of Edwards. Patients and the public, spurred by media coverage, have begun an online petition to support Dr. Landrum.