A recent decision by a U.S. District Court Judge dismissed a whistleblower lawsuit filed by six current and former scientists at the U.S. Food and Drug Administration (FDA). The employees had complained about the safety of various medical devices that came through the FDA. After doing so, they found that their private communications were being secretly monitored by FDA officials. The Washington Post reports that although the claim and its ramifications “troubled” the Judge, the case was dismissed. 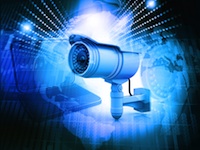 The scientists claimed that their constitutional rights were violated when the FDA monitored personal email accounts and that they were targeted because they spoke out regarding medical devices which they believed possessed serious health risks to patients. The FDA acknowledged the monitoring but claims that it was within their rights given the scientists’ disclosure of proprietary information about the devices.

The Judge did not address the merits of the scientists’ claims. The case was dismissed for procedural reasons – the scientists’ failure to use available administrative processes to resolve the issue before filing a case in Federal court. Despite its ultimate dismissal, the case has led the Department of Health and Human Services (HHS), which oversees the FDA, to put limits on targeted employee surveillance. The Office of Special Counsel warned that if it was the intention of the FDA to use surveillance as a form of retaliation, it violates federal whistleblower laws.

The plaintiff scientists had all worked in an office that reviewed cancer-screening devices. The initial concerns were brought to the White House, Congress, and the inspector general of the HHS.

Perhaps the most concerning aspect of this situation is not the court proceeding or dismissal of the whistleblower lawsuit, but the concerns expressed by the scientists that prompted the surveillance in the first place. The main issues were that the devices could either fail to identify cancer, or generate too many false positives or expose patients to unnecessary radiation, and the FDA would improperly approve the devices. Their concern over the FDA review process brings to light the fact that FDA approval of a drug or device is not a guarantee that the drug or device works as promised, or that a particular new drug or device performs as well as an older versions Many are not aware that the FDA is severely understaffed and does not identify every risk associated with a medical device.

Sometimes false marketing or a rush to public use of and profits from the sale of a device may lead to consumer harm. Lopez McHugh’s medical device attorneys are experienced in pursuing medical device claims for those harmed. If you or a loved one suffered an injury as a result of a faulty medical device, contact a Lopez McHugh attorney at (877) 737-8525.