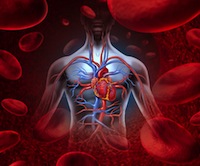 The 2014 Scientific Sessions at the American College of Cardiology highlighted a new class of cholesterol drugs aimed at lowering LDL. These drugs, called PSCK9 inhibitors, may be an effective substitute for widely used statins like Lipitor, Crestor and Zocor. An article by the Cleveland Clinic notes that this class of drugs may prove promising for situations in which statins are either ineffective or not tolerated well by the patient.

An alternative to statins is especially relevant in light of the possible risks of Lipitor. The cholesterol drug has been under scrutiny for its link to Type II diabetes in women. A large number of Lipitor lawsuits are already pending, with a trial scheduled for next July.

PSCK9 inhibitors were demonstrated, in multiple clinical trials, to be effective in lowering LDL cholesterol in patients with hypercholesterolemia, especially in cases in which statins or ezetimibe were not appropriate. Whereas statins are administered orally, PCSK9 inhibitors are given subcutaneously by injection. Investigations are evaluating biweekly or monthly doses.

The trials evaluated similar drugs from Sanofi, Pfizer and Amgen. Amgen’s evolocumab was seemingly the most effective and showed the greatest evidence across five clinical trials. Although the initial trials are promising, it may be inappropriate to use drugs made for long-term indications such as high cholesterol without concrete evidence that the drugs have a measurable impact on patient health and do not have unintended long-term consequences.

The Lipitor lawyers at Lopez McHugh are evaluating cases for women who may have developed Type II diabetes as a result of taking Lipitor. Women who were diagnosed with diabetes after taking the drug may be entitled to financial compensation. Lopez McHugh attorneys are experienced in handling litigation against large pharmaceutical companies. If you or a loved one suffered an injury after taking Lipitor, contact us at (877) 737-8525.