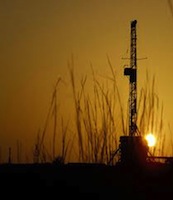 A family in Texas harmed by Aruba Petroleum’s release of dangerous air pollutants from fracking wells received $2.95 million in damages in a recent Texas court decision. This is one of the first successful fracking lawsuits in the U.S. where the plaintiff has received significant compensation alleging a fracking company’s actions has led to detriment to their health.

In March 2011, the family filed a fracking lawsuit against eleven oil and gas production companies, including Aruba Petroleum, with operations close to their ranch. The family and their neighbors began smelling chemical and pollutants in 2010. The first inspection showed no violations of the Texas Council on Environmental Qualities’ (TCEQ) regulations. Later in the year, however, inspections revealed that Aruba had failed to stop toxins from discharging onto neighboring properties. Extremely high levels of pollutants were found in air samples from the area. The family alleged that their ranch was subject to “releases, spills, emissions, and discharges of hazardous gases, chemicals, and industrial/hazardous wastes” from the company’s operations.

The jury sided with the family 5-1 despite Aruba’s argument that there was no direct connection between the pollutants and the hydraulic fracking operations and that they did not violate any regulations, despite being fined by the TCEQ. Many attribute the failure of earlier fracking lawsuits to lack of available information about the connections between the harmful emissions and the fracking companies’ operations. The jury in this case decided there was enough information to connect them.

If the fracking verdict holds up to Aruba’s challenges, the verdict will likely set precedent for plaintiffs’ lawsuits across the nation that allege harm from hydraulic fracking near to homes.

Lopez McHugh is investigating injuries and health effects related to natural gas extraction. If you have significant injuries, contact a Lopez McHugh attorney for a free evaluation of your fracking lawsuit.