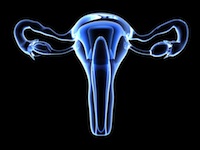 According to court records, the company CR Bard Inc. used a type of resin-based plastic for its transvaginal mesh devices, despite being warned that the plastic wasn’t suitable for implantation in humans, Bloomberg reports.

Transvaginal mesh implants, made by a number of different manufacturers, are used to treat urinary incontinence and pelvic organ prolapse. They have generated widespread complaints of breaking down in patients’ bodies and causing health problems including infections, chronic pain and organ perforation.

In February, a New Jersey jury decided that Johnson & Johnson’s Ethicon unit was responsible for more than $11 million in damages — including more than $3.3 million in punitive damages — for a woman who had the company’s Gynecare Prolift mesh implanted.

The court records were unsealed in another case in West Virginia filed by a 54-year-old woman who claims she was injured by one of the mesh implants. Her case represents one of thousands of lawsuits filed against Bard over the devices.

In the West Virginia case, the judge ruled that the plaintiff can seek punitive damages if jurors hold Bard liable for compensatory damages and find the company’s conduct justifies the additional award.

Internal documents and e-mails indicate that Bard used a resin-based plastic for its devices, even though the material’s supplier had warned company officials that it shouldn’t be permanently implanted in people, Bloomberg says.