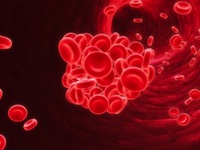 In October of 2010 the FDA approved Pradaxa for the prevention of blood clots and strokes in patients with atrial fibrillation (irregular heartbeat). It was marketed by its manufacturer, Boehringer Ingelheim, as an alternative to warfarin. Over the following year a number of cases of gastrointestinal bleeding were reported, some severe enough to cause death. According to the Cleveland Clinic, Pradaxa had a 33% increased risk of heart attack or heart disease over warfarin.

According to the Institute of Safe Medication Practices, in 2011 there were more deaths connected to Pradaxa than any of the 800 other drugs on the market, and over a two-year period it was linked to 500 deaths in the U.S. alone. In July of 2012 the Pradaxa label was updated in the United Kingdom to state that it should not be given to patients with an increased risk of bleeding. The FDA determined that the drug should not be used in patients with mechanical heart valves. Patients older than 75 and those with kidney problems are also at risk, according to Boehringer’s own website.

Much of the risk is due to the absence of an “antidote” to Pradaxa. Vitamin K acts as an antidote to many blood thinners because it counteracts the thinning effect. It does not, however, work that way with Pradaxa, so there is little that can be done to save a Pradaxa patient who suffers excessive bleeding. According to statements made by Boehringer Ingelheim, the company assumed that Vitamin K would work for Pradaxa patients, too, so there is currently no antidote for excess bleeding from the drug.

The first Pradaxa lawsuits were filed in Tennessee and Kentucky. Cases have also been filed in California. A Multi-District Litigation was established in the Southern District of Illinois, with as many cases as possible to be consolidated there. According to Bloomberg, legal experts predict thousands of Pradaxa lawsuits will be filed. Time is of the essence, as each state has its own statute of limitations, so any persons who believe they or a loved one have been injured from using Pradaxa should contact an attorney as soon as possible.