More than 70,000 complaints about Mirena IUD 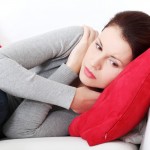 An investigation by WEWS-TV out of Cleveland uncovered more than 70,000 complaints about the Mirena intrauterine device filed with the U.S. Food and Drug Administration since 2000.

A number of women have filed lawsuits claiming the company overstated the device’s benefits in its advertising while trying to conceal some potentially dangerous side effects. Those side effects include the possibility that the device will embed itself in the uterine wall and move from its implantation site, causing organ perforation or scarring. In some cases, according to the lawsuits, surgery is necessary to remove it.

According to the WEWS investigation, many of the FDA complaints involve serious complications. More than 4,700 reports involve “device dislocation” since 2008, which may refer to the IUD becoming embedded in the uterus, moving from its initial placement at the top of the uterine cavity, or migrating outside the uterus.

The report includes an interview with a mother of three who got the Mirena IUD three years earlier.

She began experiencing pain that intensified until she had to go to the emergency room. An X-ray revealed that the IUD had perforated her uterine wall and was floating around in her abdomen.

According to the investigation, at least 100 lawsuits are currently filed in New Jersey against manufacturer Bayer Healthcare Pharmaceuticals, and 50 lawsuits have been filed in federal court.

Patients should consult their doctors if they have any health complaints from a Mirena IUD device. A consultation with a Mirena lawyer is also important if surgery was required from Mirena.