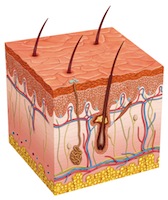 According to a CBS report, the Food and Drug Administration is warning consumers about the potential for the rare skin complications Stevens-Johnson Syndrome (SJS) and toxic epidermal necrolysis (TEN) after taking acetaminophen, one of the most widely used medicines in the United States.

According to the FDA, SJS and TEN are extremely rare but can be deadly. These conditions can cause blisters, serious rashes, reddening of the skin and the detachment of the upper surface of the skin known as the epidermis. Victims sometimes spend weeks in hospital burn units and suffer permanent organ damage.

The FDA stresses that anyone who develops these symptoms after using acetaminophen should stop taking the product immediately and visit a doctor or emergency room. Also, according to the FDA, if people have already experienced skin reactions while occasionally taking acetaminophen, they should not take the drug again and should inform their doctor about the reaction as soon as possible.

This is not the first time that acetaminophen has been linked to a severe health risk. In 2011, the FDA found a possible link between liver damage and the use of acetaminophen, and lawsuits are being consolidated in federal court in Philadelphia over liver damage claims. Yet the FDA wants to make clear that this announcement is not meant to encourage consumers to choose other medications. Dr. Sharon Hertz, who serves as the Deputy Director of the FDA’s Division of Anesthesia, Analgesia and Addiction stated that, the “FDA’s actions should be viewed within the context of the millions who, over generations, have benefited from acetaminophen.”

Patients should consult their doctors before making any changes in their medication. If you or a loved one has suffered liver damage or SJS from acetaminophen, contact Lopez McHugh for a free consultation.