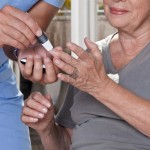 Pancreatic Cancer UK, a charity group based in the United Kingdom, has joined the American Diabetes Association in calling for companies to release information about a potential link between some diabetes medication and pancreatic cancer.

Pressure on the companies is intensifying after Channel 4 Dispatches and the medical journal BMJ reported the results of a joint investigation, BMJ says.

That investigation added to a growing body of evidence suggesting a potential link between the class of drugs called incretin mimetics — which includes Byetta and Januvia — and pancreatic cancer as well as pancreatitis (a potentially deadly inflammation of the pancreas).

Both the U.S. Food and Drug Administration and the European Medicines Agency are investigating studies that link the drugs to the ailments. While the FDA and the EMA have acknowledged that they have a disproportionate number of reports of pancreatic cancer associated with incretin mimetics, both agencies have stopped short of declaring a causal relationship.

But the BMJ investigation faults both agencies for a lukewarm response when scientists tried to warn them of the health risks associated with the drugs. The investigation also found evidence that the companies manufacturing the medications actively tried to repress news about those health risks.

In addition to calling for the release of information from the companies, Pancreatic Cancer UK is urging the EMA to prioritize their current investigation of the drugs, BMJ says.